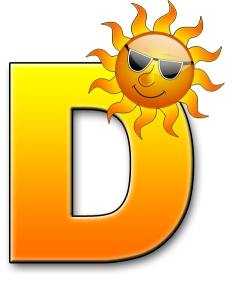 1. The nutrient molecule cholecalciferol, designated as Vitamin D3 in 1922, is considered a “conditional nutrient” by experts, and a hormone precursor, not a vitamin.

2. Essentially every organ and cell in the body has a vitamin D receptor. More than 200 genes, and some have estimated up to 2,000 genes, are directly or indirectly regulated by it.

4. Three-quarters of U.S. teens and adults are deficient in vitamin D.  Medical doctors are routinely testing for deficiency in circulation.

5. In doctor’s office   the D3 measured in circulation is the prehormone 25-dihydroxy-cholecalciferol, called calcidiol, and not the cholecalciferol or ergocalciferol that we take as a supplement, the actual effective hormone is 1,25-dihydroxycholecalciferol, or calcitriol, which is not routinely tested to determine Vitamin D3 deficiency.

6. Long-term use of common medications are producing nutrient deficiencies associated with many common disease processes. Cholesterol lowering drugs called statins are now the most widely prescribed drug in the world. Cholesterol is required to make Vitamin D. Therefore, anyone taking statins can be expected to have a deficiency in it. Other commonly prescribed drugs that may cause nutritional deficiencies and vit D deficiencies are oral contraceptives, estrogen replacement drugs, anticonvulsants, diabetic medications, high blood pressure medications, anti-inflammatory NSAIDS, beta-blockers (hypertension and asthma), antidepressants, and anti-anxiety benzodiazepines.

7. There are two types of Vit D you  can get  in supplement form.

8.Very few foods naturally contain Vitamin D, and those that do have a highly variable Vitamin D content. For example,        ocean fish that eat invertebrates, such as salmon, have a significant amount of Vitamin D3, but studies show that wild salmon have between 75 and 90% more Vitamin D3 than farmed salmon, because of the diet fed to the fish. Fish oil also contains cholecalciferol, with one tablespoon supplying 1360 IU, as well as omega 3 fatty acids. Once again, fish oil derived from wild fatty fish would be much higher in Vitamin D than that from farmed fish. Cod liver oil is reportedly very high in Vitamin D. A variety of sea fish, such as wild salmon, mackerel, sardines, tuna, and eel also contain cholecalciferol, and eggs contain a small amount (20 IU). D2, or ergocalciferol, can be obtained from plants and invertebrates, and wild mushrooms are an excellent source

9.The best way  and cheapest way to det Vit D its the old way from the sunlight ,particularly ultraviolet rays UVB . The skin cells can manufacture 50,000 IU with less than 10 minutes of midday sun exposure to ultraviolet light (UVB radiation),and longer exposures add nothing to vit D stores despite increasing DNA damage in a linear fashion.It has been suggested by some vitamin D researchers, for example, that approximately 5–30 minutes of sun exposure between 10 AM and 3 PM at least twice a week to the face, arms, legs, or back without sunscreen usually lead to sufficient vitamin D synthesis

10.Dark skin pigmentation,  is correlated with increased risk of vit D deficiency because melanin in the skin compete  with 7-DHC for absorption of UVB photons Pigmented and nonpigmented skin have the same overall capacity to make vit D3 , but pigmented skin requires longer exposure times.

11. in  theory sunscreen could block  UVB and vit D production , but in practice most people’s real-life experience with sunscreen is that despite its application they still sunburn or tan after casual sun exposure. SPF is a strictly defined and Food and Drug Administration (FDA)-regulated measurement based on applying 2 mg/cm2 of pro- duct. Studies have shown that most users apply insufficient amounts of sunscreen to meet this FDA standard, and the true SPF obtained is usually less than 50% of that written on the package. In addition, sunscreen efficacy depends on its uniform application to all relevant body parts, its durability and substantivity and its periodic reapplication. Finally, even if properly applied, by definition sun- screens do not completely block UVB, with SPF-15 allowing by definition approximately 1/15 or 6% of UVB photons to penetrate the skin.. Thus, it is highly unlikely that even regular sunscreen use will cause vit D deficiency or insufficiency.

In essence, the health benefits from Vitamin D3 supplementation come from achieving hormonal balance, and not directly from the Vitamin D3 supplement itself. While this would lead many patients to believe that they just need to get some Vitamin D and most of their health problems will improve, the actual story is a bit more complicated. D3 has become known to be a very important hormone in the body, utilized by a wide variety of cells to stimulate many important cellular processes, but for many individuals with health problems and hormonal imbalances, simply increasing the supply of the prohormone, or precursor, may not be enough to correct the hormone deficiency.  Thats why simply taking a pill and frying on the beach to get rid of deficiencies just does’t work for some people.This is where a more comprehensive holistic therapeutic approach becomes important.